So, remember last week when I shared the news that hubby and I put a contract on a house and was like WHOA! Tee-hee! House for me!!!


Yeah, life doesn't like it when I giggle a lot. So we found out later in the day that I posted that the house was, in fact, already under contract, despite what the listing agents' answering machine said, etc. So we lost out. It wasn't the first time this has happened to us, and I doubt it will be the last. Life likes to throw steaming poo wads at us from time to time, and after 25 years, my reflexes are sharp and nose dulled, so the ball keeps rolling, etc.

The first and third days we were in Maryland, we chose to hang around my brother in law's apartment and take it easy, mostly which entailed looking at houses online and streaming the fourth season of Battlestar Galactica on his 46-inch flat panel TV and surround sound system.

We knew that we'd be meeting up with our realtor again today, so we felt like we had a few days for new listings to accrue, and sure enough we have a healthy list of 9 addresses, 3 of which are townhomes.

In the spirit of sharing (and helping me keep them straight), I'll share a little photo session of the properties we're going to look at. It'll be like House Hunters, only without the stupid comments!

1. Funny story about this house: it's down the road from the condo community where Evan and I first lived after we got married (when I started blogging, it was from there [for 2 months]). I'd always thought it was very cute from the outside and had a nice, big lot--so imagine my pleasure when I saw it on the listings! This is the first place that we're going to see tomorrow. We have a history with the 1st houses--so far we've put offers on every first house that we've seen (and again on the 20th and 5th billion, but that's another story): 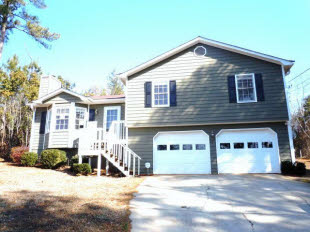 2. This is one of three townhomes, all in the same community right by a marina. Our very close friends (and Evan's boss) actually live in this same community, so that would be pretty fun. Even though we're looking at townhomes, we're definitely saving those as a last resort, so to speak. I'm just gonna lump all three of those photos together: 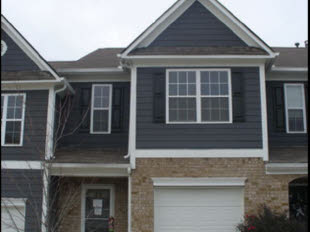 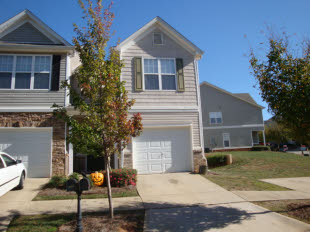 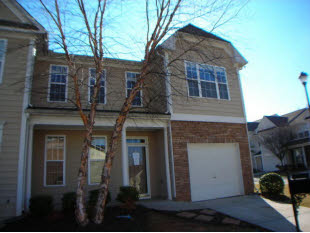 3. I'm a little dubious about this house only because the other split foyers we've seen have left more than a little to be desired. However, this one is claiming to be move-in ready, so we'll see... : 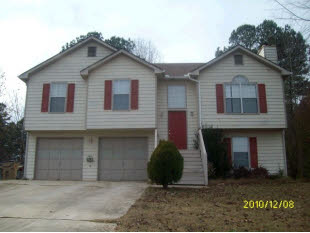 4. This next house is in the same neighborhood as a previous home we tried to look at, but found out was already under contract. It's a wee bit small, but still pretty cute and in a good location: 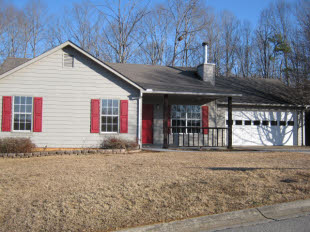 5. Funny aside: evidently this next listing shares the same MLS number as a $2 million house in New York. This house is older, but has a very large kitchen and giant fireplace. From the pictures, it looks like it'll need some cosmetic work, including new flooring, but it's a good size and has a nice lot: 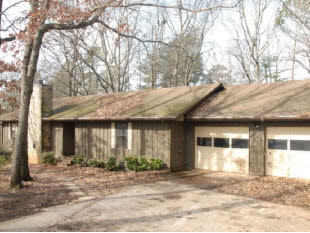 6.  This house is also from the 70's, but I'm actually second most excited to look at it, and I'll show you why. It will need cosmetic updating, but has a big kitchen and a really nice back yard: 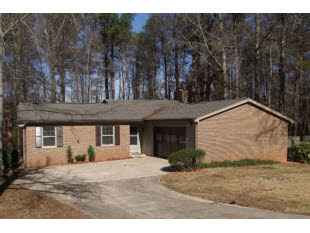 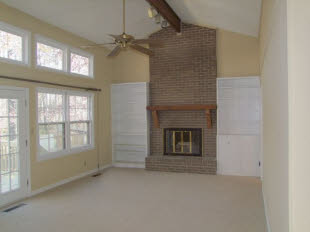 I love this living room!
7. This last house is at the top of the price ranges we're considering right now, but it's been recently renovated and is in our prime location: 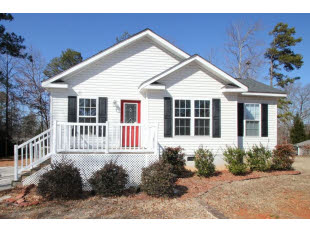 So, wish us luck today, and I promise no more jumping the gun on sharing about house news. This is a business where you get your heart broken quite easily...

What's your favorite, judging from the photos?
Posted by Summer Frey at 7:00 AM

I like the first and last the most (from the outside), but I also love that living room.

It looks like you have lots of good choices. I remember getting a house snatched right from us about a minute before we put an offer in...It's been over 20 years and I still think of it as the one that got away. Things happen for a reason though...the right house is waiting for you.

I love House Hunters! It satisfies a deep inner need to snoop. ;)

Best of luck with your house hunting. When you do find your dream home, you're going to be so glad those others didn't work out. :)

I like the last one the best. Happy hunting! :)

I love that living room in 6, too! But 7 looks super cute from the outside. Good luck!!

Good luck!!! I hope it all works out and soon you'll be moving into your dream home. Yay!

I'm thinking #6 is my favorite. It looks like it's nestled in the woods. Very cozy, too.

Guess there will be other factors helping you decide when you check out wiring and all that fun stuff inside.

oh man, i LOVE house hunting! I wish i was house hunting with you right now!
I think they're all cute, but i'm with you, townhouse only as a last resort

I like them all so you'll have to see which say "this is home."
You'll know when you go inside which one is right and then if it works out you'll know it's exactly perfect.
Happy hunting.
We finally found our perfect home in the country where we can watch the wildlife and we live close to one of our daughters.
Blessings, Barb

But number 6 does have a nice living room...the windows, the fireplace...the BOOK SHELVES!

Also, you know I agree with Linda.

Oooh--something fun! Number 6 or 7... big kitchens are the best! Check the view from the kitchen window--and are there birds around?

Oooh, I like the first and last ones! I wish you luck.

My husband and I are finally embarking on the first house hunt. We're sick of renting, but houses are expensive in the metro area, and tend to need some work.

Best wishes on your house hunt!

So it's obviously very hard to tell just from the outside photo of the front, but I like the first one the best.

It's a little hard to judge, kinda like judging a book by its cover, but based solely on the pics, I have to say I like #6. I'm excited for you.

Good luck with everything!!

I love 1, 6, and 7. This was totally better than House Hunters. Honestly, I'm not sure how much Suzanne Whang makes, but she's overpaid!

I love House Hunters! I watch it on mute. :) I love the first and last house--so pretty!

Oh, I looove that living room, too! What a terrific writing room it would be ;)

Good luck with your househunting and I hope you have fun and find exactly waht you want!

I like the first and the last one. They look so "homie". ;) I hope your ninja writing is going okay! We'll miss you at the chat today!

2nd would be my favourite. And number 6 the least favourite :)