I won't say much...we've been passing along various sicknesses through the family since Christmas Eve eve. My poor husband has had the worst of it; we're finally getting him in to the doctor today (note: getting appointments during flu season is not easy). Then yesterday I started feeling it come on. I'm going to the prime care unit later this afternoon...

Anyway, I did in fact get a new digital camera for Christmas, so I thought I'd share some photos with you. We got a white Christmas here in Georgia--first one in the metro-Atlanta area since 1883.

Oh, and the kittens? Yeah, none of that "punishment" I was hoping for happened. They took over the house immediately, cowing both the adult cats with one spare glance. 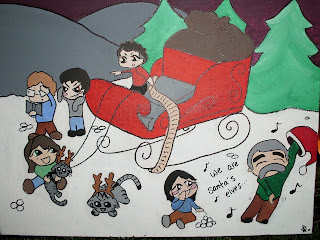 First off--this is the painting I did, which I mentioned in my post last week. Everyone was very amused and pleased, which is exactly what I intended. (For the record, I'm the one hugging the cat in the bottom left) 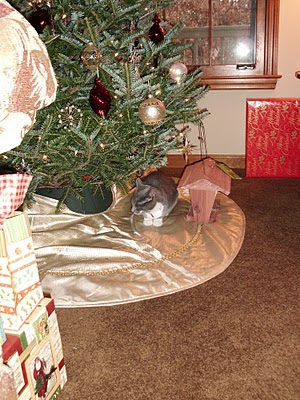 Mack is mourning the loss of the great mountain of presents. 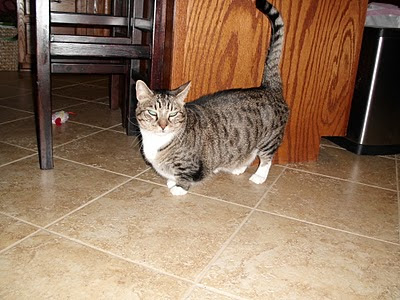 This is Herbie the Munchkin cat. I rescued him from the shelter where I used to work about a year and a half ago. He's the sweetest boy ever, but our kittens were terrified of him. 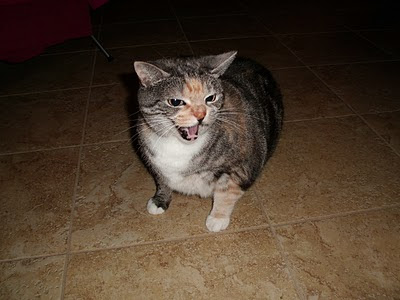 This is Roo, the other adult cat. This is pretty much her typical expression. 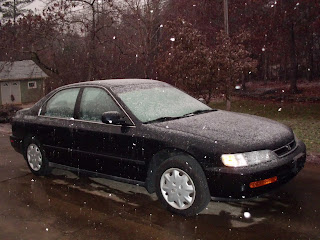 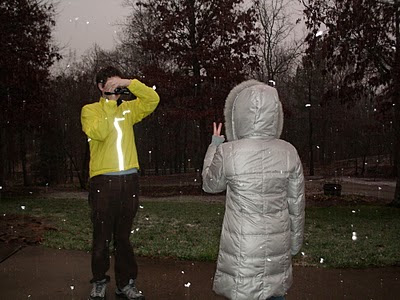 Nathan (bro-in-law) and Kozue getting some video of the snow. 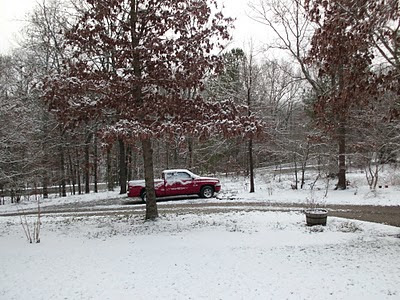 Morning after Christmas. We got about an inch and a half? 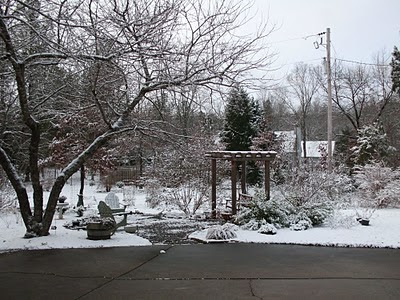 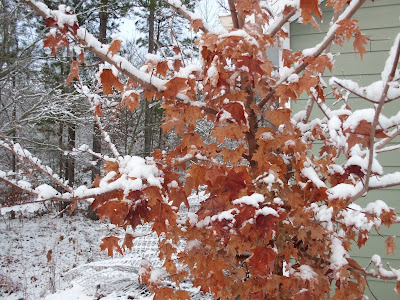 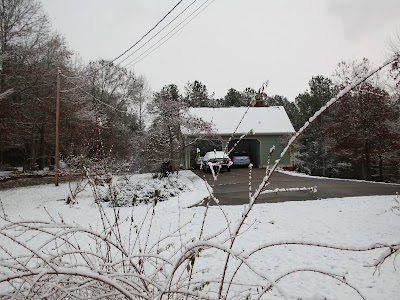 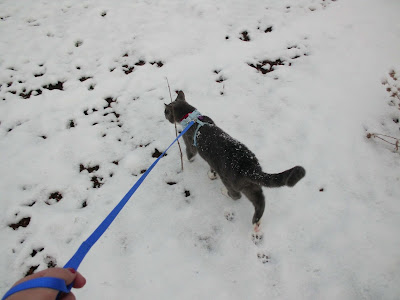 Being the awesome kitty-mom that I am, I harnessed up Mack for a winter wonderland adventure. He loved it and didn't want to come inside, even when he was shivering from the cold. 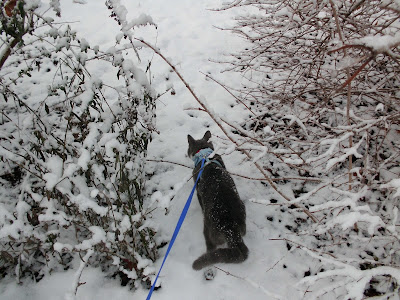 And finally I'll leave you with this utterly goofy recording of me narrating the snowfall...
I hope everyone had a wonderful holiday time. I heard that only 4 states in the continental US didn't have snow, which is pretty amazing.
Also hoping that this sickness doesn't come your way...
Have a wonderful New Year's Eve, and I'll be seeing you on Saturday, my one-year-blogiversary.
Posted by Summer Frey at 9:52 AM

Also your picture is adorable!

Great pictures! And I love your painting too - it's so cute!

Hope the flu bug takes it easy on you.

Have a Happy New Year!

I'm a little afraid of Herbie, too. He has mean scary eyes.

OMG, the kitty photos are so cute! Love!

I'm glad you had a great Christmas, hope you guys feel better soon!

Hope you all are feeling better soon! Love the kitties and your painting.

Aww I love the painting, the kitties, and all the pictures. The video was pretty funny. :) I hope you all feel better! I have a bad cold, so I'm right there with you.

Have a Happy New Year!

Sorry you're sick! That sucks. Seems everyone got snow right after Christmas in our area.

I hope you all feel better soon!

Yay for snow! Sorry to hear that everyone's getting ill, though. Coffee, book and bed are the recommended cures :)

Those are pretty damn nice photos too :) I love the leaves and the snow together :)

I love the painting! You're very talented. I hope you and the family get to feeling better soon. <3 On a side note, I'm starting to wonder if it's the name...I had a calico kitty named Roo for 15 years...and she pretty much always wore the same expression. That cat could sound downright demonic when mad! *laughs*
~Best wishes!~

I'm still laughing at the kitty pics! They're just great:P

Your painting is adorable, btw. I wish I could paint...I'd do one of my family - it'd be pretty hilarious.

I'm so sorry you all have been sick. I saw most of the people I work with today and nearly every one of us has had something! I thought snow cleared germs from the air?!!!

I hope you feel better quickly! Have fun with your new toy and Happy New Year!!!

I am so sorry to hear that the virus is doing the rounds with your and yours! Oh dear! :-( I had my own bout of this just before christmas and made the decision not to be with family as I was afraid of being infectious to all and sunder! luckily Charlie my cat is immune! LOL!! Please take care!!!! And rest now!!! :-)

Awwww but look at your lovely painting!! That's really sweet!!!! Yay!! And the kitties are just adorable!! Hello beautiful munchkin kitty Herbie and fierce Roo and gorgeous and adventurous Mack!!!

Yay that you have a snowy christmas - now that's truly seasonal!!

yay!! My one year blogiversary is on 1 Jan too!! Hooorah! See you soon and have a peaceful and restful new year's eve! Take care
x

Merry belated Christmas, good lady. Hope you're healthy for the new year's celebration! Wouldn't want to miss out on a prime opportunity to treat oneself to good beer, would one? ;)

The painting looks fantastic! I wish I could paint/draw, but I just have no talent for it, ha.

Sorry you're sick -- hope you're all on the mend soon.

Love your painting! I'm so jealous you got snow. ;)