If You Never See Me Again...

It's because for the next three days, I will be doing this: 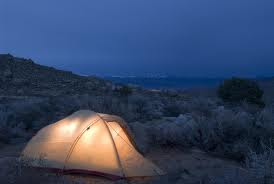 at Tate Branch Campground on the Tallulah River, just outside of Clayton, GA. 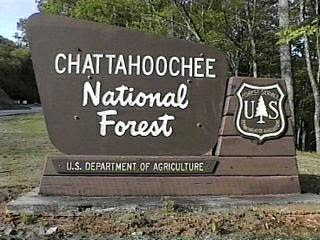 I'm a camping virgin and somewhat dubious about this whole no-shower, sleeping-on-the-ground thing. How will I sleep without my memory foam mattress, down-alternative comforter, and 2 fans? (Benadryl)

I'm planning on bringing a notebook and pens, as it's no doubt pointless to lug the netbook for its paltry 3 hours of battery life.

Revisions are going well. I've written the introductory scenes to both my main characters. Something a bit odd did happen, though. I've never been one of those writers who feels like their characters "talk" to them. No stories pounding to get out of my head. I am firmly in charge.

However, when I sat down to write Tom's introductory scene, it came out in present tense. And once I realized what I'd done, when I tried to put it back into past tense, it felt all forced-like. So I'm rolling with it.

Hopefully the amount of bug spray I'm going to have to bathe in to survive a weekend in the woods won't kill my writing brain cells.

And if I survive that, hopefully the camping trip won't end like this... 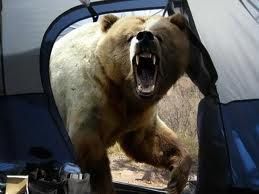 OMFG!
Happy weekend!
Posted by Summer Frey at 8:00 AM

Good luck camping! I don't like it myself, but it's so good for you to try new things. It will give you fuel for your writing!

Good luck and have fun in the wild. :) We'll see you when you get back.

Hahahaha! It won't end up like that! Just don't sleep with any oreos or anything ;)

Yay for the revisions! I can't wait to read it! I knew it would be awesome :) I'm glad you decided to write from Tom's POV too. Did you ever get that email I sent you? I'm wondering if it made any sense at all, I was all over the place.

I hope you are traveling with a Pro. Just have fun and they do make battery operated fans, you know. See ya' on the flip side.

yay! Camping is the bestest! The food tastes so good, and even though you're on the ground you sleep OK and you wake up in the morning and the air is so crisp.
it's AWESOME!!
have fun!

Oh no please don't get gobbled up by bears!!!!

Seriously!! Read the manuals on handling bears and run like mad when you see one! LOL!!

HAVE A FANTASTIC TIME!!!!! I went camping once in France (my first time) and after two weeks, I went so native I spoke french (temporarily)! LOL!!

And yay with your revisions!! I'm all for rolling with it if it feels right!! Always always trust yourself and your instincts when it comes to your writing!

Have a great trip! I'm sure your trip will end well with no scary bears. Sorry for my slacking--I've been trying to revise and make sense of my whole WiP. I can't wait to read what you have and Tom's POV interesting.
Have fun and miss ya!

Good luck and have fun! Would you believe I actually envy your netbooklessness? I must learn to shut my laptop off!

Thank God the most I saw on my camping trip last weekend was a cheeky squirrel. :)

Well, I like the name Tallulah...and ChattaHOOCHEE too, for that matter. They're fun words. :)

But the campfire and 'smores ARE yummy.

I'm more of a cabin on a lake, cottage on the sea type 'camper'...fully loaded w/ internet, dishwasher, etc.

It's so beautiful up there! Have a great time and take lots of pics (to share!) :D

Hope it ends up being an inspiring weekend!

May you enjoy it more than I do! My die of camping is motel without cable. Now that's roughing it!

Oh, I love camping, and I hope you have a good time. Sometimes there are decent showers, and while they're for the "special" campers, I've never been kicked out. I mean, what are the going to do? Tell me to give the shower back? :)

Hope you get some nice writing done while you're out there, too!

Good luck and enjoy your self, take some photo's to show us.

Have a great week-end.
Yvonne.

you do know that I will now have nightmares thanks to that last pic :((((

I've never been camping!! I would love to go! I hope you have fun.

Yikes, that bear is rather scary.

Girrrrrrl, it's like 125 degrees out there, with a heat index over 200!!! If the bear DID show up, he'd just sit and drool at you; all that fur, plus the walking around to find you would wear him out. Avon makes a wonderful mosquito cream that really works, I use it cuz I'm allergic to a sickening degree. BTW: I ADORE my memory foam mattress (topper, the 3" one). They should make one for sleeping bags. Good luck out there, and I'm not talking about the writing element (you'll have no prob with that). Check for scorpions in your shoes and ticks in your hair...still going? *shuddershuddershudder*

There's nothing like a camp fire in the wilderness! I hope you enjoy the experience! Good luck :)

Have fun camping! I'm also a camping virgin (haha, love that phrase) and surely wouldn't survive if I didn't bring something to write with.

..but, um, there is still a plug socket for a hairdrier, isn't there?? (I'd refuse to play, if there isn't.) And, whilst we're here.. WTF? WHO takes a photo when a bear charges?

Good luck (you're a braver girlie than me)!

I hope you have a great time camping! MJ and I have never been camping, but I've spent plenty of time sleeping outside in, erm, rough conditions thanks to the Marine Corps... so he was the one who had to be convinced. But we're going in September, and I can't wait... we'll see how it goes. Tell us all about your adventures!

I'm more of a cabin person myself but I did enjoy the few times I've ruffed it. Needless, to say though, curly hair does not bode well in the wild...pun intended.

I hope you had a blasty though!