Blogger has been acting very strangely for me the last two days. For instance, I was trying to comment on Megan-Rebekah's blog this morning, and instead it somehow made my comment a blog post. What? I swear I didn't do anything different.

The lovely Nicole at One Significant Moment at a Time tagged me for this new award floating around the blogosphere: 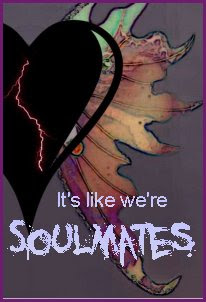 This award originated with Christi Goddard at A Torch in the Tempest and is one part gift, one part social experiment! Fun!

The rules:
1. Choose five followers/commenters that 'get' you
2. Write something fake (preferably not too mean) about them
3. Link to them, and link back to this post to comment your receipt of the award.


"This is by no means a popularity thing. It was hard to choose five people, but I still love everyone. But from reading the blogs of these followers, I think we share a common vibe of strangeness. That isn't a rule requirement for who they choose, of course. Maybe they choose five people that 'get' the mystery behind public shaving, for example."


Without further ado, here are some things you may not know about the following people:


1. Alex J. Cavanaugh has dated both Kate Beckinsale and Kate Winslet; obviously, he has a thing for women named Kate. Just stay away from Kate Gosselin!
2. Kim Franklin is Kristen Stewart's body-double for all the Twilight Saga films.
3. Jen Daiker is actually my first cousin, and we're going on a Mediterranean cruise in July!
4. Palindrome competed in the Second Annual World Haiku Competition and won grand prize for "Meditations on Vulcan in the Spring Time."
5. Sarah has competed three times in the Iditarod, with her trusty sidekick Yvie at the helm, keeping those stoopid fluffy dogs in line.


I also received this award from John Paul: 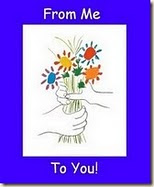 Thanks! I won't bore you all with repeat factoids. Every post I write is a factoid, let's face it. :-)


Stay tuned for details about my upcoming Finished MS context! (Hint: part of the entry is alluded to in this post!)
Posted by Summer Frey at 11:03 AM

Email ThisBlogThis!Share to TwitterShare to FacebookShare to Pinterest
Labels: awards

Congratulations! Well deserved.
And I didn't know that Yvie competed in the Iditarod. Way to go!

Congrats!!! What fun awards! I feel priviledged to receive one!!

I love being your cousin and can't wait for the cruise in July!!! I already have my bathing suits packed!

Ha! This is awesome!

Also, blogger's been a jerk for me too the last few days. Deleting my comment on my own blog and not letting me comment on other blogs (Piedmont and Nonsense. Boo)

Congrats! (I haven't been able to view people video's that they post.)

Congrats on your awards! And this one is so fun!! I promise to get to ASAP!!

Oh and Kristen, Rob, and Taylor say hi! I'm about to shoot a scene as Kristen's double ( shh... it's a kissing scene. Jealous???) LOL!

Congrats on your awards! And dude, I think blogger freaked out. My comments were set to don't allow, and like I would ever do that!

Congrats on your awards! This new soulmate one is a great one, and it cracks me up--all the snippets people are coming up with. You did a fantastic job! But I sware the one about Alex is true...:)

Also--finished your MS?!?!?!? Congratulatiosn! I missed your post yesterday, but promise to have a special award for you on my blog on Saturday. IF you ahve seen it before, it's the "Writers Know," given to those who finish their manuscripts...Congratulations again!

this is delightful and you totally get me too!! I do love Vulcan in the spring time! LOL!

and I used to not be able to comment on your blog at work but now I can!!

@Elana- I was so excited this morning because I didn't see any comments and I was like, I'M FIRST!! And then I noticed no one could comment and then I was...SAD. :(

AND TO ALL- I've been copying my comment before I click submit for fear of losing it. I've been losing a lot this week.

Congratulations! Thanks for stopping by, Summer. I've missed you, too! I look foward to catching up. I'm so happy I stopped in. Lots of new developments I see.

Congrats on your awards. :)

I love the soulmates award designed by Christi - it's such a fun idea. :-)

Love the award and your creative response :) I've been changing templates - hope I didn't break Blogger!! :)

Congrats on the awards :-)

Congratulations on the awards and finishing your manuscript! What an accomplishment...

I love the Meditations on Vulcan in the springtime!

Loved your list!! Too funny :D And thanks for the most kind shout-out!

Congrats on your awards! What fun descriptions you listed!

Sorry I got behind! Thanks Summer. And just the two Kates will be fine.

Congrats on your awards!!!